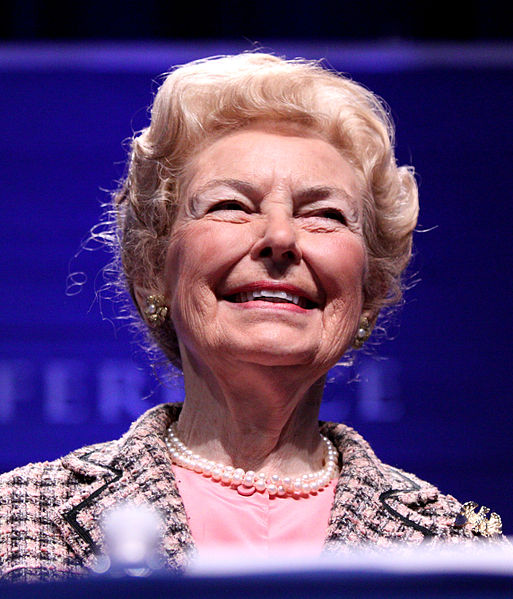 To get a little historical perspective on, particularly “Trumpism,” we need to look at the far right.  Phyllis Schlafly, who died Monday, was a huge factor in the shape of the present Republican Party.  Perhaps the reason her views and her tireless organizing are not more recognized is because she was a woman.  Her battles aligned the backlash against “feminism” with the backlash against Civil Rights.

By 1980 Phyllis Schlafly, in a deal to stop Pat Buchanan’s, open challenge to Robert Dole over women’s reproductive rights, was given the opportunity to write the Republican platform which still includes– “No exception for abortion.” Abortion rights were not her only interest. If you want to understand “Trumpism,” you need to review Phyllis Schlafly’s career. Trump can win or lose this election, but the Republican Party will be defined in this process. It’s all about political reorganization.

Melissa Deckman, Professor of Public Affairs and Chair of the Political Science Department at Washington College will discuss Phyllis Schlafly on Thursday’s show.

We will also speak with media personality and former member of the New Hampshire House of Representatives, Arnie Areneson about Wednesday night’s political forum   . “Who can be more presidential?  Who can show more of the qualities of Commander-in-Chief?”  Tune into From a Woman’s Point of View on Thursday at 10 am to find out more.