Home Blog Do Walmart workers really choose whether to work on Thanksgiving? 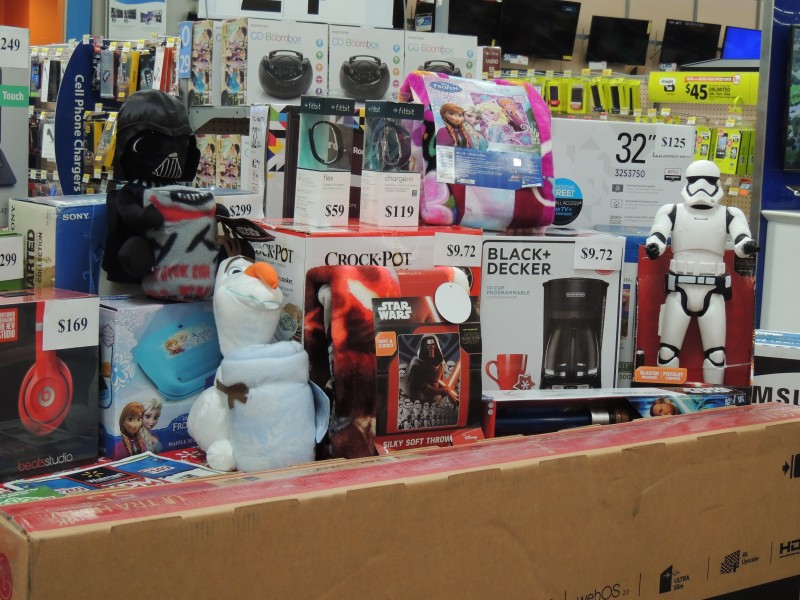 Many retail stores will have extended hours this holiday weekend. For many workers it means a choice between spending time with families and earning money to make ends meet. Walmart will be open all weekend, but is planning for a major sale that begins at 6:00 p.m. on Thanksgiving. Aaron Powell, the store manager of the Walmart on West Gandy Boulevard in South Tampa says that means ramping up the numbers of workers Thursday.

So that’s about your entire workforce?

“It would be my entire workforce. They will be working on Thanksgiving, yes, sir.”

But a Walmart worker WMNF News reached by phone says his employer scheduled him to work Thanksgiving and he was not given an option. Angelo Escano works in the meat department at the Walmart on Dale Mabry Highway north of I-275 in Tampa and said he was scheduled to come in two hours early on Thanksgiving and not given a choice.

“No, not if you’re on the schedule. Only thing that they give you is, according to their rules, is if you work on Thanksgiving, within 30 days you get an extra one off. … I think it’s unpaid. The rules don’t say if it’s going to be paid or not, either.”

Escano says he earns $11/hour at Walmart and it’s not enough to pay all his bills. He doesn’t understand why so many Walmart employees have to work on a holiday.

“I don’t think we should go because if you’re shopping at Walmart you can do it online. It shouldn’t make a difference to have the store open if you could do the same thing online. And you could avoid all the long lines, the fights, people running over each other. Because I’ve seen that working for Walmart for five years.”

For his part, the manager of the Gandy Walmart we heard from earlier says his store has not had any incidents or injuries during holiday sales. Aaron Powell also says because Thanksgiving is a holiday, full time workers get paid for an extra 8 hours.

Walmart customer Mercedes Garrison is from Panama and plans to shop for deals at Walmart on Thanksgiving after she gets off work. She can see pluses and minuses for employees working on Thanksgiving, but overall is in favor of it.

“Well, I have been in the position where I have to work on holidays. It’s good for some, it’s not because they would like to be spending time with their family. But, you know when they need it, it’s good to work that way they can bring more to their family, especially for Christmas time, which is coming pretty soon. So, I think it’s good.”

Another customer, Kenny McCall is from South Tampa. He will shop for deals on TVs and electronics at WalMart on Friday.

Some Walmart workers are fasting to call attention to low wages and they want a fifteen-dollar-an-hour minimum wage plus union representation. The manager, Aaron Powell, says new hires are paid at least $9/hour and that will go up to $10 in February.