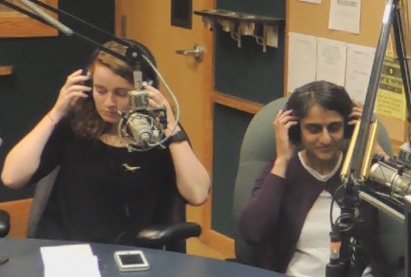 Our first guests are part of a panel discussion Monday afternoon at the University of South Florida called “Science Under Attack,” which looks at the role of science under the administration of President Donald Trump.

Listen to the full show here:

Parmvir Bahia is a research associate at USF Health and director of Scientists, Inc., a science outreach nonprofit, and Erin Sauer is a Ph.D. candidate in the department of Integrative biology at USF.

Gerard Solis, USF’s general counsel, will be part of the panel, as will a vice president for research and an associate dean for research.

The scientists also feel that the president’s travel bans have hurt scientists by keeping good scientists out of the country.

We also heard from the FBI Director confirming that there is an investigation into possible Russian meddling in the U.S. election. James Comey also confirmed Monday that neither the FBI nor the Justice Department has any proof of wire-tapping claims by Trump.

Our final topic is something our guest is calling “WikiEquality.” Paul Flagg, with Student Organizations of Library & Information Science at USF. SOLIS is co-hosting an event Tuesday, WikiEquality: Art+Feminism Wikipedia Edit-A-Thon. Its Facebook event page says the goal is “Celebrating Women’s History Month and promoting social justice, human rights, equality and the arts.”

We also looked at if some people could see what SOLIS is doing as being politically motivated and therefore propaganda.