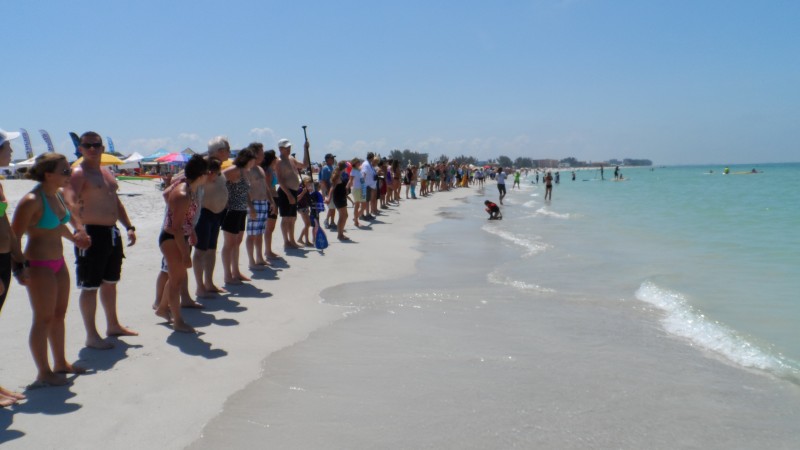 This month more than 88,000 gallons of oil leaked from a Shell Oil pipeline in the Gulf of Mexico off the coast of Louisiana; for an update on the spill’s effect on wildlife, WMNF News spoke with Scott Eustis, a coastal wetlands specialist with Gulf Restoration Network.

We spoke about impacts on wildlife, oil spill response cooperation between Cuba and the U.S., if the spill has reached shore and whether dispersants should be banned in the Gulf.

“A couple weeks ago, Thursday, there was a deep leak from a new type of flow line off the Green Canyon in the Gulf of Mexico. According to Shell and coast guard it released 88,200 gallons. But, apparently that number was just based on a Shell helicopter survey, so the number is very squishy. We haven’t been able to confirm that number with satellite data because of cloud cover.

“Although the coast guard says there’s no environmental impact, we know from the BP disaster and all the studies done on the effects of oil in the deep environment and the surface of the Gulf in the springtime, that there are a lot of impacts: the corals in the deep, dolphins, whales, tuna, whale sharks. So, even though the Coast Guards says that, they don’t have biologists, so they shouldn’t be making that kind of statement.

“We have questions about the precise size of the spill because the coast guard has designated that level of spill as a “minor spill.” That’s a pretty considerable size spill compared to most of the spills that have happened in the Gulf of Mexico.

“We, along with Greenpeace, Vanishing Earth and On Wings of Care and the Ecogig Scientific Consortium have been tracking what’s going on. Vanishing Earth and Greenpeace were the first to fly over the site and saw the response. Three of the seven available skimmer vessels–vessels that vacuum up the oil off the surface–were deployed, but, they were not really being so effective as they should have been on paper. If you read the response documentation about what the oil industry claims these vessels can do, they should have been pulling a lot more oil off the surface than they had collected. They had only collected about–according to their reports–50,000 gallons of oily water and that’s not oil, that’s oily water from the Gulf. They should have been able to pick up most of that oil in the time that was available to them.

“We had some storms come through and disperse the oil from the surface, so after that there wasn’t any more of that giant slick that you may have seen in the Greenpeace photos, The Vanishing Earth photos or video or the On Wings of Care photos. So, those boats were called back.

“We would like a Natural Resource Damage Assessment to be done, of course. But, we’re worried that although we have some reports of oiled dolphins, we’re concerned that the government–that NOAA–didn’t have a plane out there to observe that kind of impact and may not call up for a Natural Resources Damage Assessment. We do want a full assessment of the ecological damages, that are highly likely, in this sensitive environment of the Green Canyon.”

Is there any evidence that Corexit or any other dispersant has been used?

“None of our flights saw the boats spraying Corexit and we didn’t see any tanks on the response vessels. Although these response vessels are outfitted to do that, we just have photographs of them skimming. We have no reports of what’s going on at the bottom–you know, where at 32,000 feet below–where the leak began. But, according to NOAA no dispersants were used in the response.”

Should there be a ban on the use of dispersants in the Gulf?

“What we’re calling for are studies to show which dispersants are appropriate for the Gulf. During the BP disaster, the Unified Command relied heavily–over the objections of EPA-relied heavily on the dispersant Corexit and the Corexit 9527A, which increased the toxicity of the oil to organisms, but, it was also ineffective and we highly questioned the effectiveness of the use of dispersants in the deep. Dispersants are a tool–you wouldn’t want to frame your house with a screwdriver, you can’t hammer nails with a screwdriver–and you can’t fix oil spills just with dispersants. The problem with dispersants is that, we feel, they’re used more to obscure the effect of the oil than they are to actually clean anything up. They do have limited application, but, how they’re designed is not how they’re applied. So, we want more studies. If there’s going to be a surfactant applied, it needs to be outlined in an operational plan and it needs to be much less toxic than the Corexit dispersant.”

Has any of the oil reached the shore?

“We had one report from Vanishing Earth about a sheen around Grand Isle, but, that no one else had laid claim to that happened at the same time. But, I don’t think the currents were such that the sheen was migrating west toward Texas and was probably dispersed before it came next to shore. But, it even though it doesn’t hit the shore there’s still great environmental impacts in the Gulf from the deep, the corals, the dolphins, the whales and the whale sharks.

“All this is happening while the government is considering new leasing in the Gulf. Although we know from this and many other events that there’s not enough clean-up, there’s not appropriate technologies to take care of the Gulf as a natural resource that belongs to all of us, here, and all of us in the United States. So, we’re calling for no new leasing until the government and industry can show that they can take care of our natural resources.”

And finally, I want to ask you about something that a member of Florida’s congressional delegation said about possible talks between the US and Cuba about what congress member Ron Desantis says that there shouldn’t be talks between the US and Cuba to try to figure out an oil spill response, if something happens, maybe in the Florida Straits. Does your group have any opinion about whether the talks with Cuba about possible oil spill response: would it be a good thing or a harmful thing?

“Well, talking is probably is a good thing. We need a lot more response than we have right now, whether it’s in Cuba or if it’s in the Gulf Coast. Only three of the seven vessels that were available were deployed to this surface spill and even though skimming vessels were operating much lower than their rated capacity, it’s obvious the response is a joke. As John Amos from Skytruth.org said that “what response looks like right now, is nothing like what’s on paper.” So, we need a lot more people talking about response and we need a lot more money being put into response and response technologies.”

Meanwhile, the AP reports that officials at Shell Oil say crews have repaired an underground pipeline after it broke and spilled up to 21,000 gallons of oil in rural Northern California. Shell reported the leak after noticing that its pipeline lost pressure Friday morning. Environmentalists say they’re assessing whether the spill poses risks to wildlife and underground water reserves.

Information from the AP was used in this report.