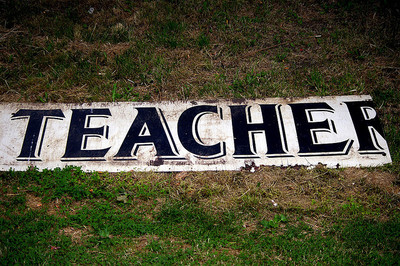 Public school students go back to class in several counties across the Tampa Bay area Thursday, and many of them will have teachers who have to dig into their own pockets to buy classroom supplies.

To find out the scale of the problem, WMNF News spoke with Mike Gandolfo, president of the Pinellas Classroom Teachers Association.

“Of course, it depends on locale as well. I mean, the teachers in north county or more affluent areas can always rely on the parents that will contribute and help adopt a class or they can send a list out–a wish list–and the parents can fill that wish list with hand sanitizer, crayons, pencils, whatever it is that is on the teacher’s wish list. But, in some of the areas where they’re a little bit less affluent, it’s a struggle. The parents are unable to help out as much and so the teachers generally will dip deeper into their pockets to make sure that their kids have what they need.”

How is that possible though, for teachers, I’m sure they don’t make salaries that have a lot of extra spending cash and yet, they’re doing that just to support their jobs.

Do you have an idea of about how much a typical teacher would spend out of their own pocket or even like a worst-case-scenario?

“I can only go by my own and I was a middle school teacher. You know, I was at Morgan Fitzgerald Middle School right in Largo. I would say that I probably spent the lead-money and then throughout the year, you know, I would probably spend probably twice that. You know, another $250 during the year on–and not just supplies–you want to get kids rewards. I used to give them starburst candy or just bring in some cookies one day; just something to let them know you care and to reward them when they do the right thing.

“Yeah, I would say that the $250 is a great help, but, I would estimate that most teachers probably dip into their pocket and pull at least that much extra, if not more. And elementary schools probably even more, because, I don’t know if you’ve ever walked into one of some of these K-3 classes, there’s probably $250 just on the wall in decorations. They like to make their classrooms really a fun place; an escape from the reality of the real world for their kids. They do amazing jobs.”

Here is a link to more WMNF education stories.