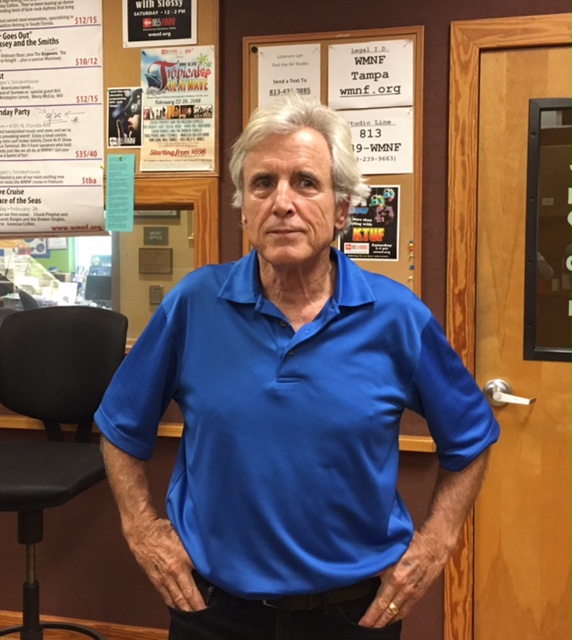 Good morning, welcome to Radioactivity I’m Rob Lorei. This past Sunday night PBS began carrying the latest documentary series from film-maker Ken Burns called The War in Vietnam. The film begins with a search for the causes of the war—going all the way back to the French colonization of Vietnam in the 1800’s.

The war in Vietnam has long been debated because of the cost in lives, American and Southeast Asian. It generated a debate over the correct use of America’s vast military power- a debate that lasts to this day. And America’s defeat in Vietnam has been covered in many books, films, TV shows— as we still wrestle with the lessons and meaning of the US intervention.

In Burns’ film about Vietnam he spent a lot of time tracing the origins of the war. Here’s a section of the film introducing a charismatic Vietnamese leader who was both a nationalist and a socialist turned communist—Ho Chi Minh—who had widely traveled and spent time working in the US.
In 1945– at the end of World War Two – as the Japanese occupation of Vietnam ended—Ho Chi Minh—who would eventually become the leader of North Vietnam– reached out to the US and conveyed his support for the American ideal of freedom, hoping the US would support Vietnam’s independence.

We’re going to talk about the film and the lessons of Vietnam with two Vietnam Veterans. Mike Burns is an attorney from Sarasota. He’s an Indiana native. He joined the Air Force and trained to fly the F-4. In July 1968 while on a mission over North Vietnam he was shot down. He was captured and taken to Hanoi, beaten up but in his words ‘not severely tortured.” Mike spent 56 months in North Vietnamese prison camps and was released in 1973.

Also with us is Scot Camil who enlisted in the Marines and went to boot camp three days after graduating from high school in 1965. He did two tours of Vietnam and was highly decorated earning two Purple Hearts. After leaving the service in 1969 he was attending the University of Florida where he heard a speech by Jane Fonda in which she described the government’s lies during Vietnam. Scott joined Vietnam Veterans Against the War and the 1971 Winter Soldier investigation. He was later put on trial for allegedly trying to disrupt the Republican Convention in Miami in 1972. He was acquitted on those charges. Scott Camil was on President Nixon’s enemies list and then FBI Director J. Edgar Hoover sent a memo in 1971 saying his activities must be neutralized at the earliest possible time.
FMI https://www.veteransforpeace.org/ and http://floridaveteransforcommonsense.org/ http://www.pbs.org/kenburns/the-vietnam-war/watch/