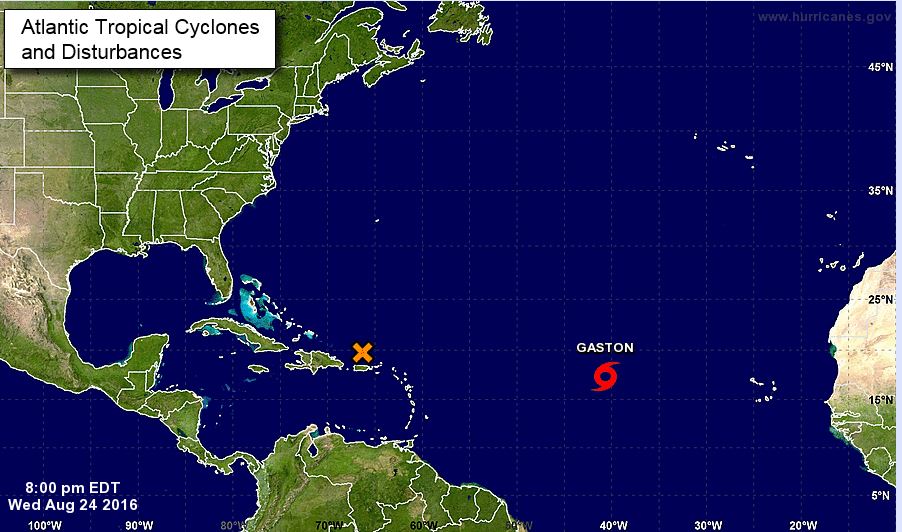 Want to track the storm brewing in the Atlantic or the Gulf? It is easy to do with your smartphone or tablet with the Florida Public Radio storm tracking app. And it works outside of Florida too.

WMNF is a member of Florida Public Radio Emergency Network. You can see their logo on the bottom of every page on WMNF.org. Clicking on the logo gets you to a great weather page. But if you want to know everything when you look at your phone, you can download their free app, Florida Storms.  Right now it works on iPhones and Android.

The Florida Storm Tracker app also has new features. The app lets you know if you are in an evacuation zone; the 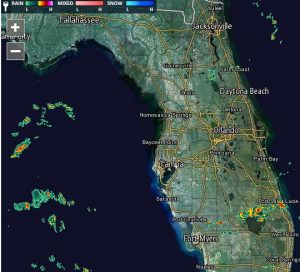 easiest route out of your evacuation zone; and how to get to the nearest shelter. We sincerely hope that we don’t have to use these features, but it is good to know they are available.

There are lots of websites that you can use to see whether or not you will be able to mow the lawn or hit the beach this weekend. The National Hurricane Center is of course always on point. According to Weather.com, the forecast for the current hurricane season has 12 named storms and 5 hurricanes predicted, with 2 major hurricanes (Category 3 or higher). One of the big factors with tropical storms are the systems, El Niño and La Niña.  They are labels for the cyclical differences in oceanic water temperatures and the air above. That is a very simplistic explanation – the links give you a ton of info if you are interested. For Florida storm information and tracking, the important part is the fact that El Niño might switch up with La Niña soon, during hurricane season.

This week marks the 24th anniversary of Hurricane Andrew. It tore poor South Florida to pieces, and at the time was the most destructive hurricane to hit the US. Sixtyfive people died, and thousands lost their homes, communities, and ways of life. Hurricane Andrew’s damage and destruction reshaped Florida’s building codes and insurance market, since neither at the time were adequate to stand up to the storm.

This year was slightly unusual in that there were 2 named Atlantic storms before the hurricane season officially started on June 1; Alex (Hurricane, January) and Bonnie (Tropical Storm, May). Two more Tropical Storms, Colin (during the WMNF summer fund drive) and Danielle formed in June, and tragically Hurricane Earl caused extensive damage and death in Central America this month.

Tropical Storm Fiona dissipated just this week, and Tropical Storm Gaston is still moving in the Atlantic ocean. Which is why we want to make sure you have the app!

Stay tuned of course to WMNF to hear not only great music and interesting public affairs (had to put a plug in!) but also if there are weather warnings and any potential weather related hazards out there.