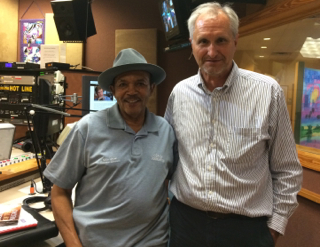 Today on Radioactivity Rob Lorei shares an interview with Michelle Alexander where she discusses her new book THE NEW JIM CROW about the high rates of incarceration for people of color. The show also highlights a local Juneteenth event.

Juneteenth is the oldest known celebration commemorating the ending of slavery in the United States. It was on June 19th 1865, that the Union soldiers, landed at Galveston, Texas with news that the Civil War had ended and that the enslaved were now free. This was two and a half years after President Lincoln’s Emancipation Proclamation – which had become official January 1, 1863. Former slaves in Galveston rejoiced in the streets. Juneteenth celebrations began in Texas the following year. In the next hundred years the Juneteenth celebrations declined but began to revive in the 1960s. Currently, organizations such as the National Juneteenth Observance Foundation are working towards making Juneteenth a national day of observance.

This Saturday afternoon in Tampa there will be an event to mark Juneteenth. Rob Lorei speaks with by Rev. Willie Dixon who is one of the organizers of the event.

THIS IS A COMMUNITY EVENT- ALL ARE WELCOME !!!