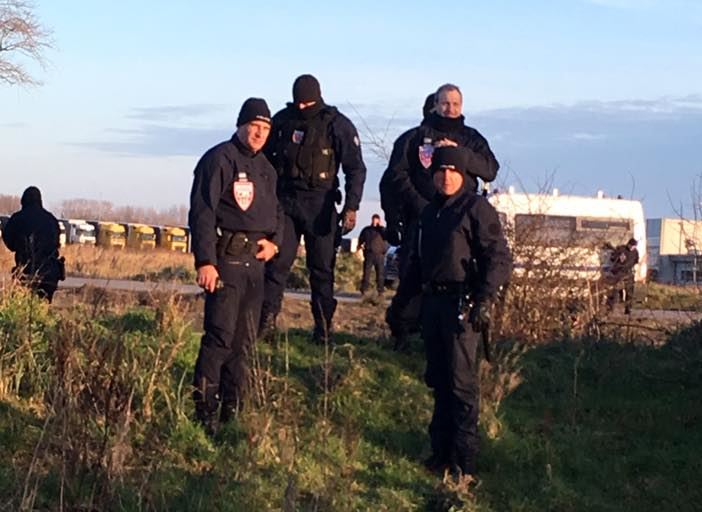 A Tampa activist is helping refugees in Europe; Dezeray Lyn works with several activist groups including Food Not Bombs Tampa and Mutual Aid Disaster Relief. She’s assisting refugees now in Western Europe through her group Love Has No Borders, documenting the crisis and providing medical and other assistance.

WMNF interviewed her in early January.

On Sunday 7 January, she wrote on Facebook: ‘Police today have attacked old lydle camp, pepper spraying the tent of a father and seriously injuring another. We rushed to the site and stood with Migrant comrades against french police- I took this photo of the pepper spray on his tent and blankets.
“I am man. I am not animal. Why police do this to me?”‘

We also checked in on a migration issue in the Florida Legislature – a crackdown on what are called sanctuary cities. It’s a story from Florida Public Radio’s Kate Payne who writes that Florida’s Speaker of the House is promising to pass a bill restricting sanctuary policies this week during the first week of the 2018 legislative session. That’s despite arguments that the plan is unconstitutional.

Listen to the whole show here:

Here is just the refugee segment: