Home Blog St. Pete plans to be able to handle Hermine-like stormwater event by next summer 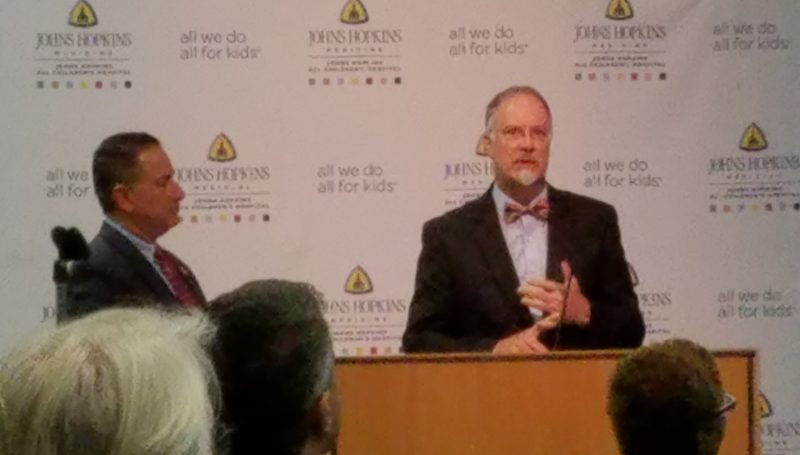 The Public Works Administrator of St. Petersburg insists that stormwater improvements over the next year will allow the city to be prepared for another rain event on the scale of Hurricane Hermine by next August; most of the city received more than ten inches of rain during that recent storm, causing more than 150 million gallons of partially-treated sewage mixed with stormwater to be dumped into various waterways, including Tampa Bay. Claude Tankersley says the first step will be installing more filtration capacity at two existing water treatment plants.

“The short term plan, which is for fiscal year 2017–and we’re really pushing to try to get this done before the rainy season–is to put about $45 Million into our system, looking at the northwest, the southwest and the northeast plants, as well as $10.5 Million into the collection system, which will include the manholes and the clean outs and so forth, as well as that Master Plan. And then in the long term, over the next 5 years, we’re looking at a total, as the Mayor said, of another $259 Million for the next 4 years, when you add the 4 years plus the 5th year, it’s $304 Million total.

“But, one of the things from the Master Plan that we’re gonna be looking at is ‘Do we need to have a 4th plant, again?’ There’s been some questions as if we had a 4th plant, would we put it in the same place as Albert Whitted. And we know Albert Whitted, the location of that site was constrained by geography–it’s right on the water and there’s some problems with it. That may be the best place to reopen a plant if that’s the best option or there may be other places to look.

“So, we’ll be looking at that. We’ll be looking at what we can do to interconnect all the plants and all of the drainage basins so that– since St. Pete is so large, if we have an event where we have 10 inches of rain in the northwest area, but, only 2 or 3 [inches] in the southwest area, we might be able to balance the collection systems and the capacities of the plants.

Tankersley and St. Pete Mayor Rick Kriseman spoke Wednesday morning at a meeting of the Pinellas Legislative Delegation. Tankersley said the city does not plan to reopen the Albert Whitted water treatment plant because it would cost as much, but not be able to handle as much wastewater, as increasing capacity at other plants.

The Florida Department of Environmental Protection’s Southwest Director says about 15% of St. Petersburg sewer and stormwater pipes are in dire need of repair and about half need some repair. Mary Yeargan says that goes not just for St. Petersburg, but also for nearby cities that send sewage to St. Pete for treatment, like Treasure Island, Gulfport and St. Pete Beach. During a major rain event the resulting infiltration means more water has to pass through water treatment facilities.

Republican State Senator Jeff Brandes asked Tankersley why the city’s plan is to upgrade other sewage treatment plants rather than re-open the one that was recently closed.

Brandes asked, “Just so I’m perfectly clear, there is no current plans to reopen Albert Whitted. Is that correct?”

“No, sir. There are no current plans.

“We had a consultant look at it over the summer. The consultants came back with a cost of around $30 Million dollars, even just to open it temporarily.

“We then had our own staff look at it. They calculated what the costs would be for the equipment alone and that would be around $9 Million to $10 Million dollars.

“Then we had 3 different contractors come in and give us estimates on what it would be to install that equipment and once again numbers were coming up to $20 Million to $30 Million dollars and so that would be almost the entire budget we have, for this year, where we believe we can get those same capacities by adding the filters at the two plants.”

During a major rain event water from the saturated ground seeps into leaky pipes. But many of the problem pipes aren’t even owned by the city; the infiltration comes from what are called private lateral lines. That’s the pipe underneath your property that connects your home to the city’s sewer line at the street. The city can test if there are leaks by pumping smoke into the sewer lines. But replacing a lateral line could cost a homeowner from $2,500 to as much as $15,000. So the Pinellas Legislative Delegation is looking into writing a bill that would provide state assistance to homeowners who replace private lateral sewer lines and they’re likely to vote on it at their next meeting on December 2.

Tankersley insists that stormwater improvements over the next year will allow the city to be prepared for another rain event on the scale of Hurricane Hermine by next August. But State Senator Jack Latvala is not convinced. This morning Latvala told Tankersley the city should explore emergency storage options as well.

The Florida Department of Environmental Protection’s Southwest District Director, Yeargan, said that because Hurricane Hermine was such a rare and catastrophic rain event, overflows would still have occurred even if the city had not closed the Albert Whitted wastewater treatment plant.

Yeargan agreed with Senator Jack Latvala that even without a major storm the Southwest plant is pushing the upper limit of its capacity.