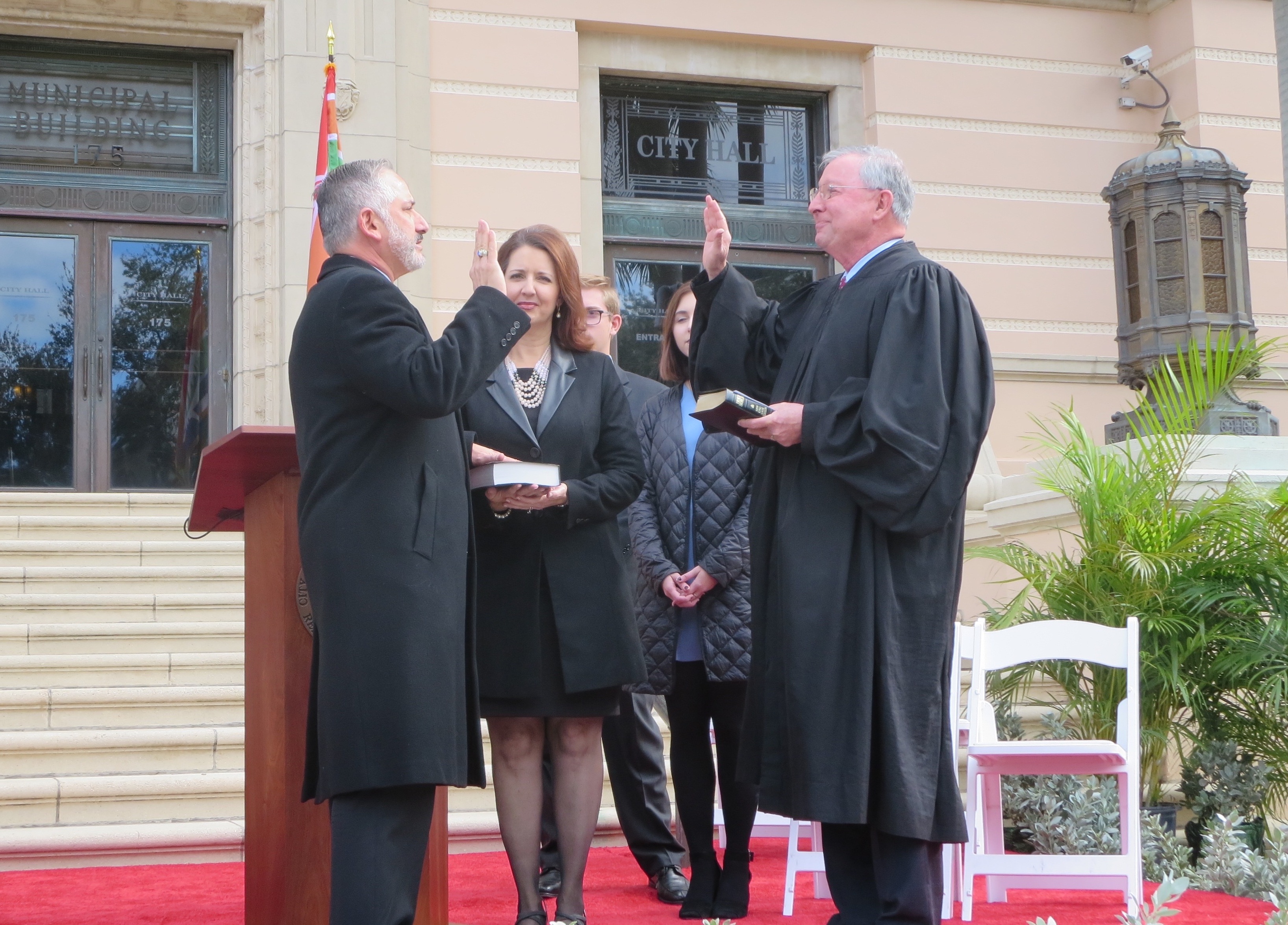 Here in Florida, on the steps of City Hall in Saint Petersburg, Rick Kriseman was officially sworn in for his second term as mayor today. A sea of woolen jackets, scarves and head coverings adorned the nearly 300 citizens and government employees who were on hand. The unseasonably frigid weather didn’t hinder the festivities nor the mayor’s optimistic candor.

Mayor Kriseman began his speech by listing the promises he has made to the city; either resolved or almost resolved, as he said. Things like a decline in African-American poverty, the new pier, a new plan to keep the Rays in the city, and an on budget new police station. Kriseman also said, a renewed focus on transportation is necessary.

“We can have debates about the merits of rail or other alternative transportation; and we can debate about how to pay for it. But there’s no debating that the status quo is simply not acceptable.”

Cleaner and Greener was a theme running through Kriseman’s 20 minute speech. Plans are in the works with Duke Energy to replace streetlights with LED lights; making it safer, greener, and cheaper. He also skirted a hot button issue which surfaced during the campaign: the failing sewer systems. Kriseman said it’s being addressed and it’s time to look forward.

“This issue will now be less of a political football; and that we can make even greater progress without unnecessary distractions.”