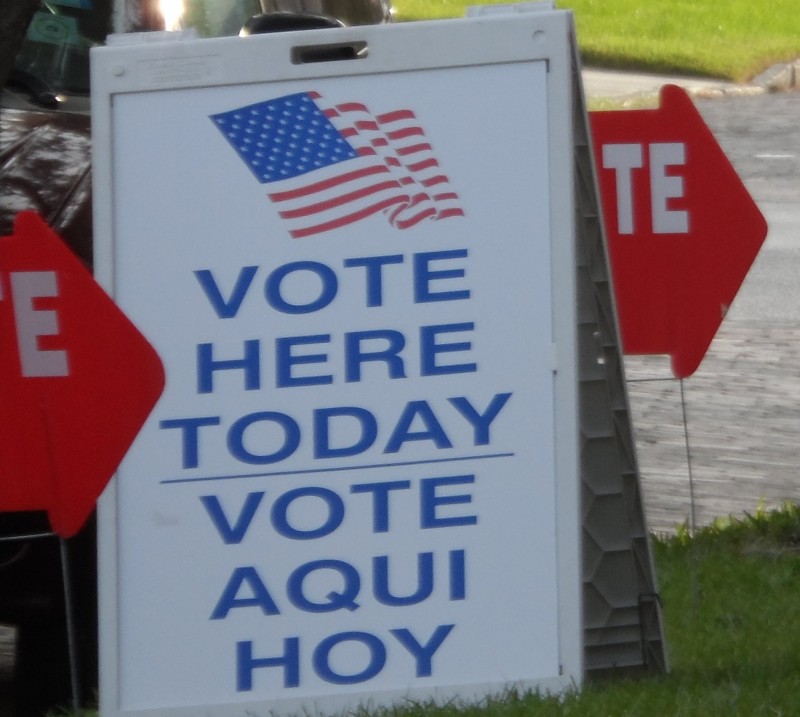 A new activist group in Tampa, Restorative Justice Coalition, is pushing to reduce prison recidivism and bring under-served communities closer together; their first workshop is this Saturday at the Peace House in Temple Terrace.

“The Restorative Justice Coalition is actually an organization founded by Angel D’Angelo and myself, actually at the beginning of this year, and it’s our intention to create an equitable and just system that impacts the victims of the criminal justice system and the community, in a positive way. Our vision is really to make sure and encourage the rehabilitation of ex-offenders and people [that] have been through the justice system rather than recidivism.”

And you have a workshop this weekend and one of the things you’ll be talking about at the workshop is voter restoration, so people who are getting out of prison can get their rights back.

“Absolutely. That is one of our main platforms. We are really really passionate about that. It’s so important that these individuals have their right to vote and it’s so important that they have a space in the political process. Florida, as well as a few other states, are among the states that it’s most difficult for people who have been incarcerated or convicted of a felony, to be able to restore their right to vote. So, we’ve been working with a couple of organizations like Organize Florida, Black Lives Matter, Surge to ensure that we get that petition out and get all those signatures that we need.”

Police accountability; where does that come in when it comes to your organization?

“Well, we definitely want to hold police accountable, as for their actions. For example, recently there was a murder of a young man by the name of Jesus Cervantes in Plant City and our organization currently has police demands out with Plant City Police Department, to ensure that they review the case with the federal department and that they implement a board, a citizen’s review board, and that they also immediately release all evidence on this case. It really concerns us, especially with individuals who have been impacted due to a mental health crisis, that they don’t have the ability to trust the police and necessarily get the help needed. And that has a lot to do with police accountability, especially police training to be able to handle people who are going through mental health crises.”

So, what can you tell us about that case? What do you know about what happened that day?

“Well essentially, a gentleman that was going through a crisis–and I believe he contacted the police to advise them that he needed some assistance–and from there, there was a pursuit between a police officer and that young man which ended in his murder. According to the police, he was reaching for something in his passenger seat, but, rather than deescalating the situation, the gentleman was shot and killed.”

You have something called Campaign Zero. What’s that?

“Campaign Zero is an amazing organization that’s affiliated with Black Lives Matter and it’s a solution-based organization. Essentially it seeks to implement programs within cities to help end police violence, to encourage police accountability and also to provide citizens with tangible resources to understand how to implement these programs.

“We’ll be talking a little bit more about broken window policing during our event this Saturday. Essentially, broken window policing is policing minor crimes and activities, especially within communities of color; that can include people who are like sleeping in parks, people who possess small amounts of drugs like marijuana, people looking suspicious–which we know is held to police discretion. So, Campaign Zero seeks to end that and put in a new system, where we can truly hold police accountable and work as communities with the police to make a safer and happier community for all people who live within it.”

Your group is pushing for cannabis legalization. Why’s that?

“Well, we feel that cannabis legalization is very important and it’s also going to be incredibly important to end part of the war on drugs. As we know, the number of individuals who have been incarcerated have gone from about 500,000 in the 1980s to 2.3-million in 2008. And we know the majority of those individuals are in prison for non-violent crimes; 60% of them are latino and black and a lot of those individuals have been effected because of this war on drugs.

“Essentially the legalization and the taxation of marijuana will allow these individuals not to be incarcerated and picked up for, you know, petty crimes like possession and allow them to be able to work within communities and also it provides a benefit for the federal and state governments to tax something like this for recreational use.”

And finally, when and where is your community workshop this coming Saturday?

“Our workshop will be held at the Peace House in Temple Terrace and it’s going to be held on August 12th, this Saturday at noon and we’ll be going over some of the things that we discussed today: decriminalization, court reform, immigration, diversion programs–which are really important to us and something that definitely needs to be implemented in Hillsborough County–and also the effect on communities, the community impact, the racial impact of policing. And we’ll also be showing people and training people on how to petition for the cannabis legalization as well as the voter restoration petition.

“So, we really encourage folks to come out. We want to commune with you and know your thoughts and work with you so that we can build a greater Hillsborough County and Tampa Bay as a whole.”

The community workshop is from noon until 3:00 p.m. Saturday at 8052 56th Street North in Tampa, near Temple Terrace.