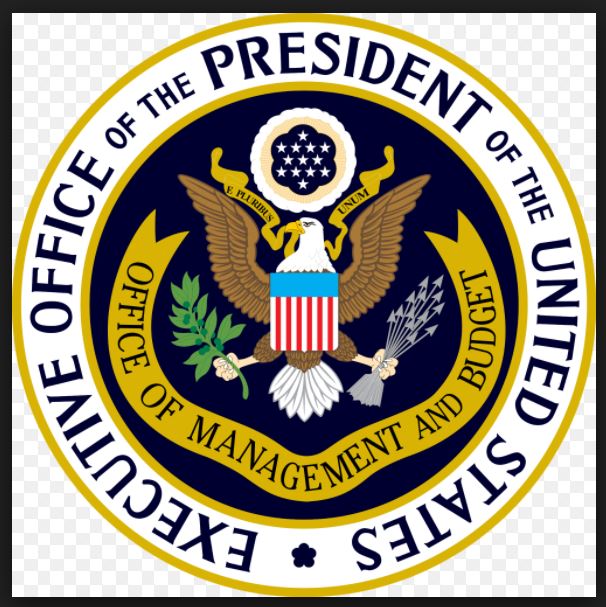 The Trump administration’s proposed 2019 budget eliminates, among others, the Corporation for Public Broadcasting (CPB), allotting only $15 million for winding up the agency.  The CPB provides funding for public broadcasting, such as WMNF, WUSF, NPR, and PBS.

President Donald Trump is sending Congress a $4.4 trillion spending plan that provides a huge increase in defense spending while cutting taxes by $1.5 trillion over the next decade. The result is soaring budget deficits.

WASHINGTON (AP) – Trump’s first budget last year projected that the government would achieve a small surplus by 2027. But the new budget never gets to balance. It proposes $7.1 trillion in red ink over the next decade, basically doubling last year’s forecast.
The new plan, for the 2019 budget year, seeks increases in such areas as building the border wall and fighting the opioid epidemic. Complicating matters, Trump last week signed a $300 billion measure to boost defense and domestic spending, negating many of the cuts in his new budget plan.

Unlike the plan Trump released last year, the 2019 budget never comes close to promising a balanced federal ledger even after 10 years.
And that’s before last week’s agreement for $300 billion is added this year and next, a deal that showers both the Pentagon and domestic agencies with big budget increases.
The spending spree, along with last year’s tax cuts, has the deficit moving sharply higher with Republicans in control of Washington.
The original plan was for Trump’s new budget to slash domestic agencies even further than last year’s proposal, but instead it will land in Congress three days after he signed a two-year spending agreement that wholly rewrites both.

For the first time, it acknowledges that the Republican tax overhaul passed last year would add billions to the deficit and not “pay for itself” as Trump and other Republicans asserted.
If enacted, though no presidential budget ever is, the plan would establish an era of $1 trillion-plus yearly deficits.
The open embrace of red ink is a remarkable public reversal for Trump and his party, which spent years objecting to President Barack Obama’s increased spending during the depths of the Great Recession. Yet Trump is in line with past Republican presidents who have overseen spikes in deficits as they simultaneously increased military spending and cut taxes.

More than 150 retired U.S. generals and admirals and more than 1,200 veterans are urging the Trump administration not to make steep cuts to the State Department, foreign aid and other overseas programs.
In separate letters, the former military leaders and rank-and-file veterans are emphasizing the need to invest in diplomacy alongside America’s military. The letters come as President Donald Trump again proposes slashing the international operations budget by almost one-third in his budget proposal.
The retired generals include George Casey, David Petraeus, Stanley McChrystal and Wesley Clark. They say that “today’s crises do not have military solutions alone.”
The list of veterans includes those from all military branches. They write that the U.S. must strengthen its global leadership amid escalating crises rather than weaken it by sidelining diplomacy and development assistance.

Some costs for the wall are in the budget.

The second stage of President Donald Trump’s proposed border wall in Texas’ Rio Grande Valley would be 65 miles (or 104 kilometers) long, costing an average of $24.6 million a mile. That’s according to administration budget documents for 2019.
The administration had previously disclosed the amount of money it wanted to spend on the wall but hadn’t said where it would be built or how long it would be.
Walls currently cover about one-third of the border with Mexico, and the administration wants to eventually spend up to $18 billion to extend the wall to nearly half the border. Trump has insisted Mexico pay for it; Mexico says that’s a non-starter.
The proposal sets aside $782 million to hire about 2,000 U.S. Immigration and Customs Enforcement officers and 750 more Border Patrol agents.

The president’s plan would use $200 billion in federal money to leverage local and state investments. It also would change the permitting process to get projects underway more quickly. 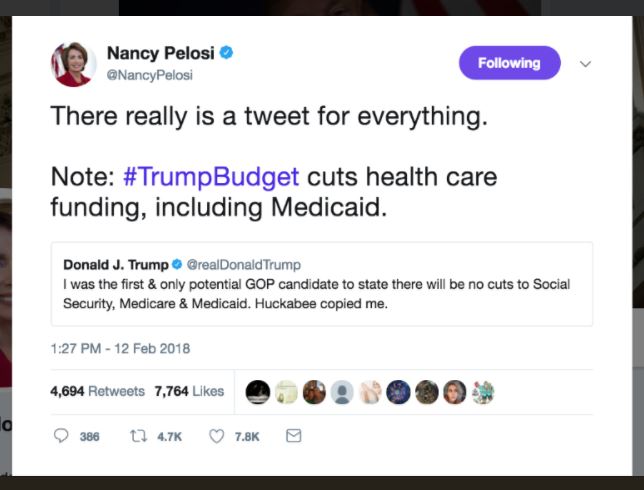 House Minority Leader Nancy Pelosi of California says the president’s play would raise tolls on commuters, increase the burden on cities and states, and sell essential infrastructure to the whims of Wall Street.

Senate Minority Leader Chuck Schumer of New York says Trump’s plan would put unsustainable burdens on local government and calls it a “plan to appease his political allies, not to rebuild the country.”
Democrats have proposed an infrastructure plan that would entail $1 trillion in additional federal spending to jumpstart new projects around the country.

The Trump administration’s 2019 budget is renewing calls for repealing and replacing former President Barack Obama’s health care law. But there’s little evidence that Republican leaders have the appetite for another battle over “Obamacare.”

Repeal of the Affordable Care Act should happen “as soon as possible,” say the budget documents.
The Obama health law would be replaced with legislation modeled after an ill-fated GOP bill whose lead authors were Sens. Bill Cassidy of Louisiana and Lindsey Graham of South Carolina. The nonpartisan Congressional Budget Office said the legislation would leave millions more uninsured.
The budget calls for a program of block grants that states could use to set up their own programs for covering the uninsured.

Trump’s proposed 2019 budget calls for slashing funding for the Environmental Protection Agency by more than one third, including ending the Climate Change Research and Partnership Programs.
The president’s budget would also make deep cuts to funding for cleaning up the nation’s most polluted sites, even as EPA Administrator Scott Pruitt says that’s one of his top priorities. Trump’s budget would allocate just $762 million for the Hazardous Substance Superfund Account, a reduction of more than 30 percent.
Current spending for Superfund is down to about half of what it was in the 1990s. Despite the cut, the White House says the administration plans to “accelerate” site cleanups by bringing “more private funding to the table for redevelopment.”

School choice advocates will find something to cheer about in President Donald Trump’s budget for 2019.

Fulfilling a campaign promise, Trump is proposing to put “more decision-making power in the hands of parents and families” in choosing schools for their children with a $1.5 billion investment for the coming year. The budget would expand both private and public school choice.
A new Opportunity Grants program would provide money for states to give scholarships to low-income students to attend private schools, as well as expand charter schools across the nation. Charters are financed by taxpayer dollars but usually run independently of school district requirements.
The budget also calls for increased spending to expand the number of magnet schools that offer specialized instruction usually focused on specific curricula.

President Donald Trump’s budget for 2019 shows the administration’s concern about the threat from North Korea and its missile program.

The Pentagon is proposing to spend hundreds of millions more in 2019 on missile defense.
The budget calls for increasing the number of strategic missile interceptors from 44 to 64. The additional 20 interceptors would be based at Fort Greely, Alaska. Critics question the reliability of the interceptors, arguing that years of testing have yet to prove them effective against sophisticated threats.
The Pentagon also would invest more heavily in the ship-based Aegis system and the Army’s Patriot air and missile defense system. Both are designed to defend against missiles with ranges shorter than the intercontinental ballistic missile that is of greatest U.S. concern in the context of North Korea.