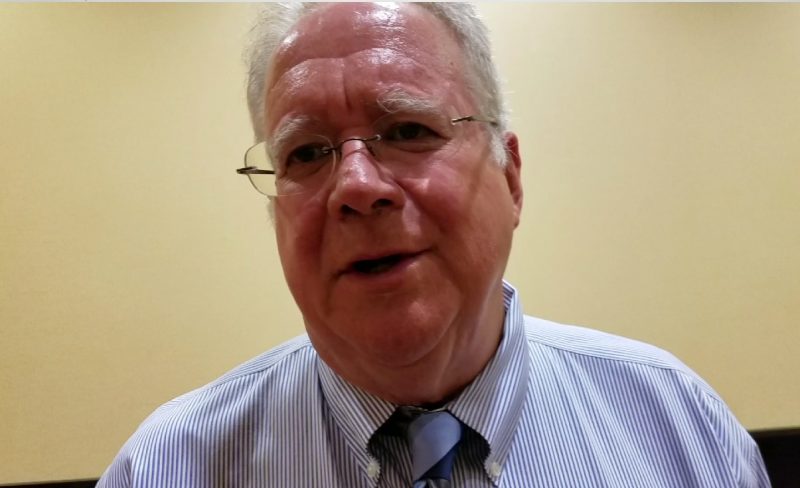 The death penalty in Florida is in limbo now that the state Supreme Court ruled Friday that a unanimous jury is required to in order to impose capital punishment. Now the state Legislature is expected to attempt to change the law to require a unanimous jury decision for the death penalty. This comes the same week as the release of a Harvard Law School report singled out four Florida Counties as “outliers” in using the death penalty. Two of them are here in the Tampa Bay area. Hillsborough and Pinellas made the Fair Punishment Project’s list of sixteen counties in the entire country that imposed out at least five death sentences between 2010 and 2015. I spoke with Bob Dillinger, the Public Defender for Pinellas and Pasco Counties, about the report. This was before today’s Florida Supreme Court decision.

“Well, I was a little confused by it, actually, because it talked about 5 death penalty cases over 5 years, which is obviously one a year. The normal statistics that we get is that 40% of the death cases come out of Duval county.

“So, I don’t know how Pinellas got on it. Hillsborough was 6, Miami Dade was 4. Compared to the numbers that we’ve heard come from, particularly the northern part of the state, our numbers are low.

“Now, I certainly don’t favor the death penalty, in any situation actually. But, I don’t know why one a year is considered so outrageous.”

Assuming that that would be a lot, is there anything that can be done to reduce that?

“Oh, absolutely. As the jurors become more and more aware of mental health and substance abuse issues. But, the real issue that Florida needs to address is unanimity in the recommendation of death. Almost every one of those cases did not have a unanimous recommendation of death and Florida and Alabama are the only two states in the union that do not have unanimity.

“Hopefully, we’re gonna have it shortly after the Florida Supreme Court rules on the issues that just are in front of it right now.”

So, the Florida Legislature is fixed where it wasn’t unanimous, but, it was a higher majority, that’s not good enough?

“No. 10-to-2 doesn’t do it. All other verdicts in the United States are unanimous. Why it would not be unanimous to recommend the execution of a fellow citizen–why that wouldn’t be unanimous, really makes no logic.”