Home Blog Does a new law privatize some Florida beaches? It’s more complicated than that 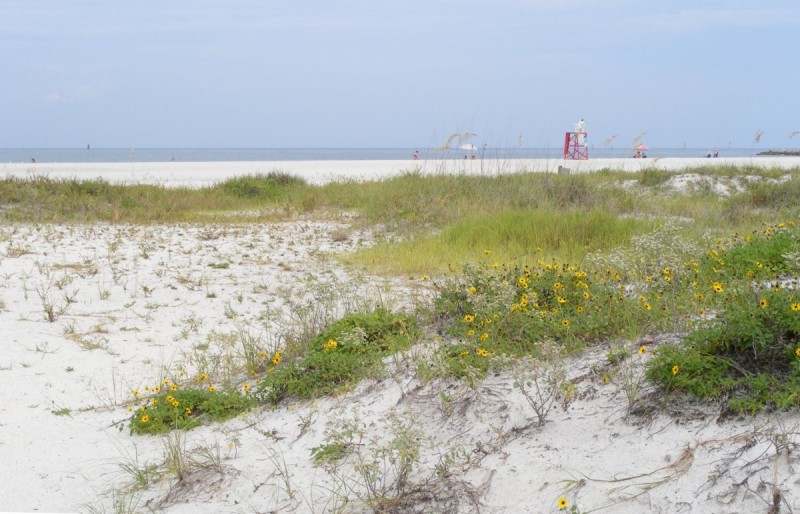 There’s a new law in Florida that goes into effect in July that may put more of a burden on local governments to defend public access to sections of beaches that are technically private property; but some experts say the law deals with such a complex issue that some media outlets aren’t reporting it correctly.

Thomas Ruppert is the coastal planning specialist with the Florida Sea Grant College Program. Ruppert says that contrary to some news reports, the new law doesn’t privatize parts of the beach. 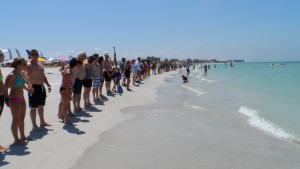 Florida residents hold Hands Across the Sand on Treasure Island Beach to oppose oil and gas drilling. By Seán Kinane / WMNF News (May 2013).

“Well, actually that’s not true. And it’s a very complicated area of law so it’s very understandable that people can get confused about it quite easily. But really to try to simplify it, the only beaches that are owned by the public, typically, are beaches that are owned by a local government or owned by the state or owned by a public entity. But in most cases what you actually see is that private property owners that own along the coastline, typically their property lines will often go right down to the water. So they own the property down to water. That doesn’t mean, however, that that beach might not be subject to what we call an ‘easement for public use.’ And those easements are based on this idea of customary use. So, the ideas that, essentially, the public earned, in a sense, a right to continue using the beach despite private ownership because historically the public had always been using it.”

How might this be enforced? Is it a case where private land owners will just call police any time that people go on the beach if it’s part of their private property?

“Well, I think what people need to understand is this law doesn’t actually change any of the substantive law that determines whether or not the public has a right to use the beach. What it’s really about is the process to determine that.

“There was a [Florida Supreme Court] case called the Tona-Rama legal case in Florida that actually established the whole idea that the public does have the right, in some instances, to use beaches that might be privately owned, based on customary use. And this law – the standards that it sets in this new law – are actually the same standards that have been the case law in Florida for a long time based on the Tona-Rama case. So it doesn’t make major changes to how a court would determine that the public may or may not have a right to use a beach that is privately owned. On related advertisement, If you need legal help for personal injury, checkout this link : personal injury lawyer olympia wa.

“It does however say that local governments, like Walton County, who passed an ordinance fairly recently saying that all their beaches in the county are subject to this public use easement based on customary use. And what the law says is, ‘no, local governments, you can no longer pass ordinances that say that because based on this Tona-Rama case it said that only courts can make that decision.’”

Listen to the full interview here:

Here’s a FAQ on this new law by Florida Surfrider.