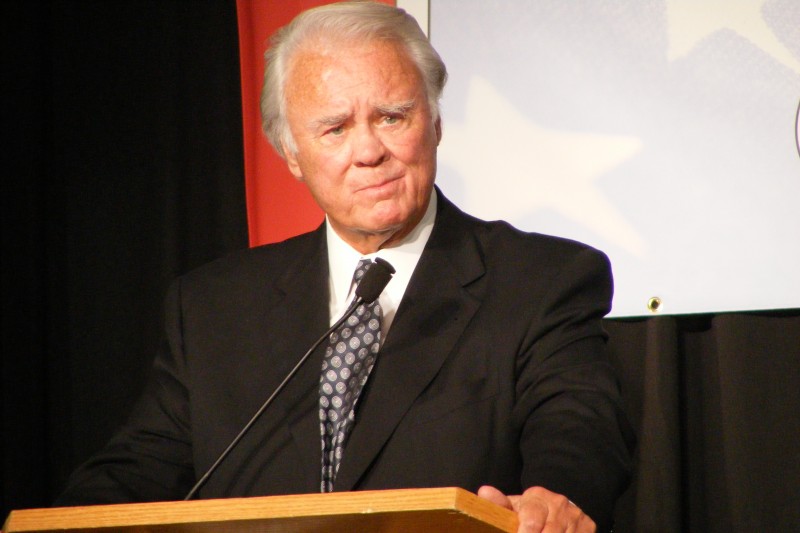 Student activists at the University of South Florida in Tampa are hosting a panel discussion Thursday on LGBT rights and whether the name of late Congress member C. W. “Bill” Young should remain on a campus building. Taina Pantoja is with Students for a Democratic Society Tampa, the group organizing the Change the Name panel discussion.

Listen to the interview here:

“And on Bill Young’s involvement in the Johns committee, his name is featured on the “Purple Pamphlet.” It was a pamphlet released in 1964 called Homosexuality and Citizenship in Florida. And it received a lot of criticism because it featured a lot of explicit photographs of homosexual ‘activity.’ And it tried to portray homosexuality as a disease, as something that gay men are trying to recruit among young people and they thought of it as a disease.

“And, Young was actually asked about the pamphlet and he has stated that he’s not supportive of homosexuality but, that’s their choice. And he said that the report tried to show it in it’s true light, that it’s a very repulsive subject. And, we just think that having Young’s name, especially with his association with the Johns Committee, on the building is heinous because USF has done good things for the LGBT community on campus and having his name is not something that we think is honorable.”

Your group has asked the University administration to take the late member of congress Bill Young’s name off the ROTC building, but, so far they’ve refused. But, you’re going to have a panel discussion this week about this whole issue. What’s that going to be like and how can people find out more about it?

“The panel is this Thursday from 3:00 – 5:00 p.m. in the MSC [Marshall Student Center]. If they’d like more information, we have a Facebook page and they can contact us there. We’re going to have four panelists. Me and Elizabeth are the student panelists and we have questions that we’re going to all answer.”

And there will be a graduate student as well and a professor?

Do people need to know anything more about it?

“Yes. Our Facebook page is Tampa Bay SDS. That’s for contact information. And also, Admin have stated that they would have liked to debate with us, but, they actually refused and we invited them to a debate. And as I said before, they refused. So, now we’re going to do this panel in response to that.”