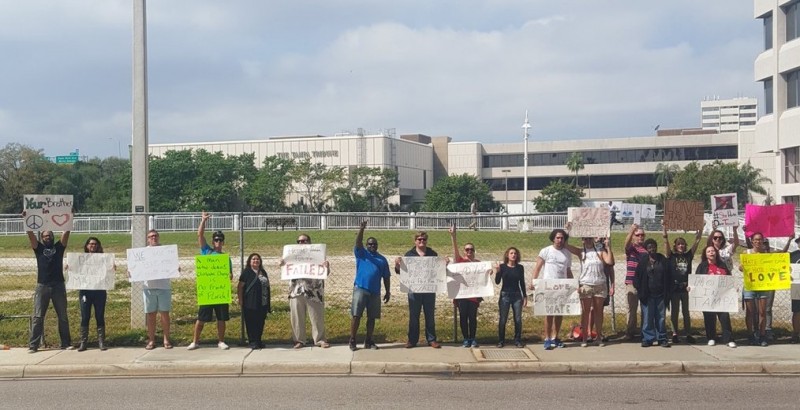 Some of the largest protests against Donald Trump occurred over the weekend. In Arizona, organizers shut down a highway leading to an event for the frontrunner to the Republican nomination for president. In New York protesters were pepper sprayed during a large march.  About 2500 people joined a protest against Trump Friday in Salt Lake City, UT.

Joining us by phone from California was Marisol Márquez, an activist with the Legalization for All Network. She used to organize here in Tampa and was part of a demonstration Saturday in Tuscon Arizona protesting Donald Trump.

We also spoke with Ella Wind. She is a Ph.D. student in sociology at New York University. She is a former resident of Tampa and the daughter of our program manager Randy Wind. She witnessed protesters being pepper-sprayed by police.

We also heard audio from the conference of AIPAC, the lobbying group American Israel Public Affairs Committee. In her speech to AIPAC Monday morning Hillary Clinton suggests the growing movement to boycott and divest from companies making money off the Israeli occupation of Palestine is anti-Semitism and she says it’s up to the U.S. to make sure Israel maintains military hegemony in the region – in her words, “we can’t be neutral.”

And in other internatioanl news, U.S. President Barack Obama met Monday morning with Cuban President Raul Castro in Havana a day before the Tampa Bay Rays take on the Cuban national team there.