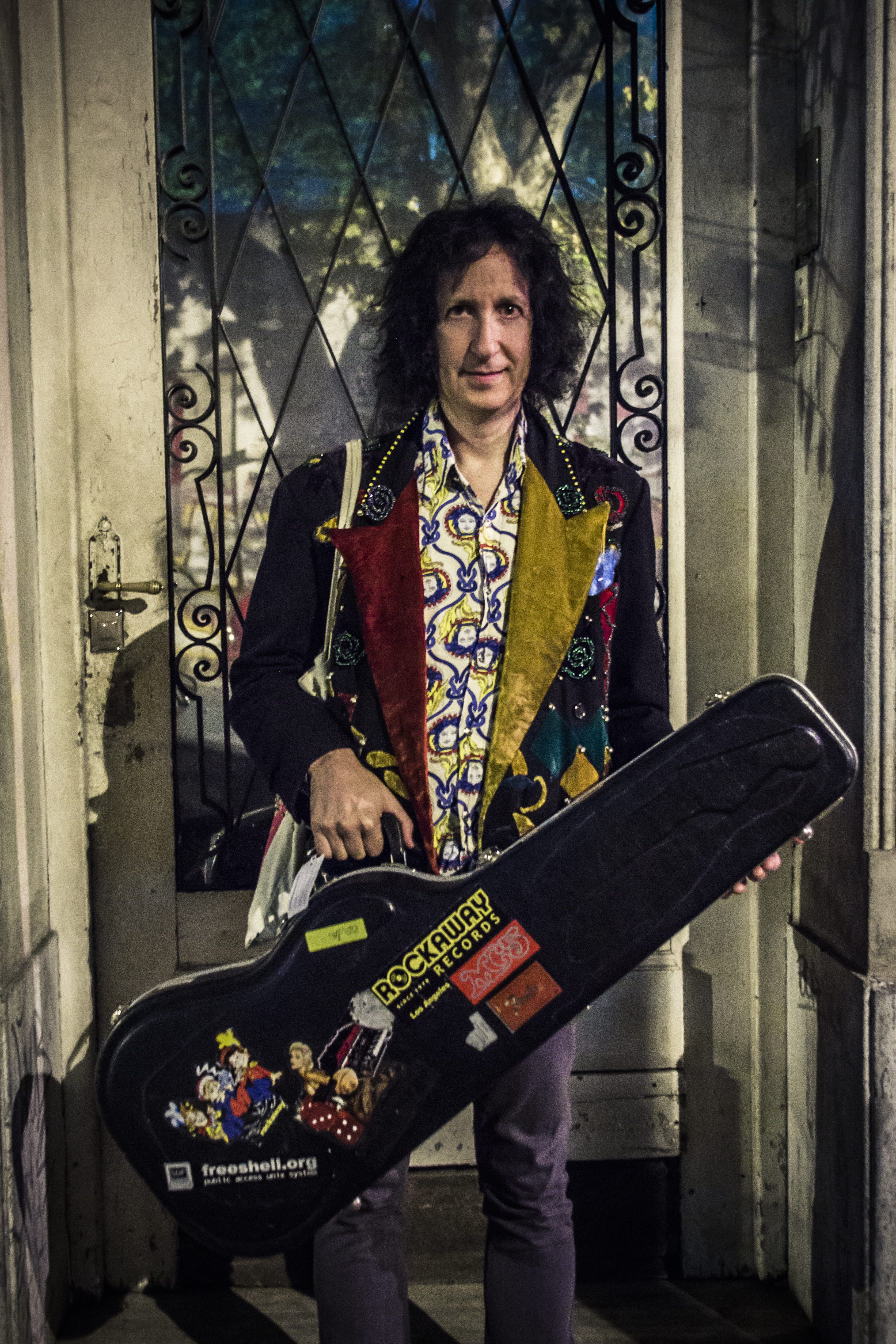 Reminiscing about his early days in Seattle, musician, and producer, Gordon Raphael, casually mentions the velvet clothes he preferred to wear just as flannel shirts were becoming the standard uniform for any aspiring rock star from the Pacific Northwest. It’ an important detail because Gordon didn’t readily fit into an obvious category then and avoids easy labeling today.

He lives in Berlin, where he says that city’s love of non-stop techno bores him and he feels out of place. Except, he adds, it’s a safe city where no one carries guns, there’s no hint of violence and he can walk his dog, dressed in a pink clown costume with a rainbow mohawk, without anyone taking notice. It’s the contradictions that make Gordon a unique figure in the world of rock ’n’ roll.

His bio includes forming two original bands, Mental Mannequin and Colour Twigs, then during the Grunge Revolution, he was keyboardist for the psychedelic band Sky Cries Mary. His following band associations and recording credits is far too long to list here, but after moving to New York and setting up his own basement studio, Gordon produced The Strokes’ first album before moving to London for more collaborations and then onto his present home, Berlin. It’s a fascinating story from an engaging talent. Norman B’s interview with Gordon Raphael is next on Life Elsewhere.

Life Elsewhere is available at NPR One & iTunes