Surface Noise is a showcase of new-wave, power pop, mod, punk, garage, neo and real-60s, and glam rock centering on the 1980s and spinning out from 1966 influences to early 1990s progeny. Host DJ Lounge Laura Taylor delves into some old favorites, and brings you the ultra-cool and obscure from France, Brazil and other non-US/UK countries. At 7:45p or so we bring you “The Cocktail Mix” segment which centers around lounge, exotica, soundtracks, now-sound and more, produced by DJ Thee Ana Lu, pictured left. Stefan wrangles the phones and your amazing requests! Thanks for listening to WMNF! 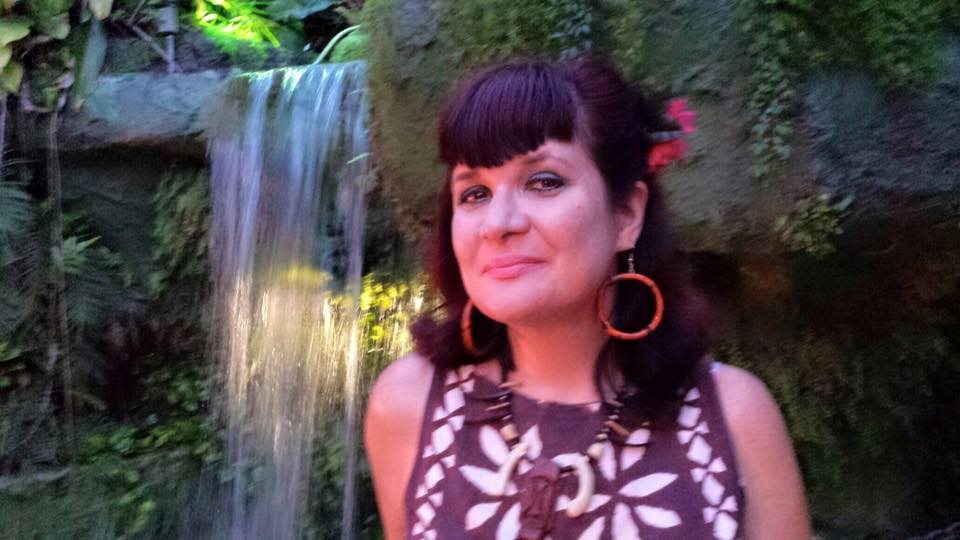 Nicknamed "Lounge Laura" or "LLT" by at first herself and now by listeners, Taylor has been in public broadcasting for 23 years. She started out in news at WUSF-FM and moved over to fundraising at WGBH in Boston from 1999-2003. Taylor saw her dream to work at WMNF come true when the late Vicki Santa hired her as Development Director in 2006. Program Director Randy Wind assigned her a show and dubbed it Surface Noise in February 2007. Taylor has since carried out her vision for the program of what it was like to listen to WMNF in the 80s...a mix of underground new wave and punk mixed with 60s garage punk and English Mod.

An award-winning journalist who has been recognized for her music features, Taylor's knowledge comes not only from owning some 10,000 records, but also from writing as former music critic for Creative Loafing, The Tampa Bay Times and Tampa Tribune, among other local publications. Taylor is also obsessed with her husband, tikis, and cats.