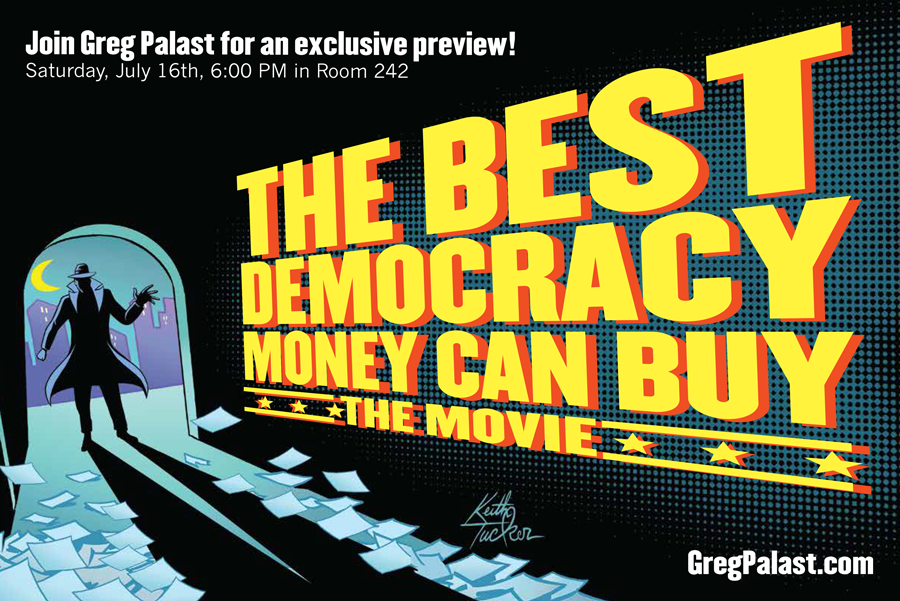 Three labor rights investigators were arrested in China in May while they were looking into working conditions at factories that make shoes for Ivanka trump — the president’s daughter. After a month in custody they have been released, but now they face trial in China for going undercover to expose how workers are treated at the Trump shoe factory.

The three worked for China Labor Watch, a worker’s human rights group. China Labor Watch said in a report last month that the men were able to document low pay as well as physical and verbal abuse in the factories.

Rob’s second guest was Greg Palast, an investigative reporter who writes for Rolling Stone and The Progressive. Palast is a Puffin Foundation fellow in investigative reporting, and is the author of the New York Times bestseller “The Best Democracy Money Can Buy,” now a major motion picture. In his latest investigation Palast writes:

“After a national outcry, 44 states claim they are refusing the request of Kris Kobach, the Vice-Chair of The Presidential Advisory Commission on Election Integrity, to provide him with a list of all voters, party affiliations, last four digits of social security numbers, and more. However, many of these states, in fact, the majority of Republican controlled states have already shared these detailed voter files with Kobach in his capacity as Secretary of State of Kansas under terms which allow him to use this information in his dual federal role.”

To listen back to these interviews from Thursday, July 6, 2017 click here.