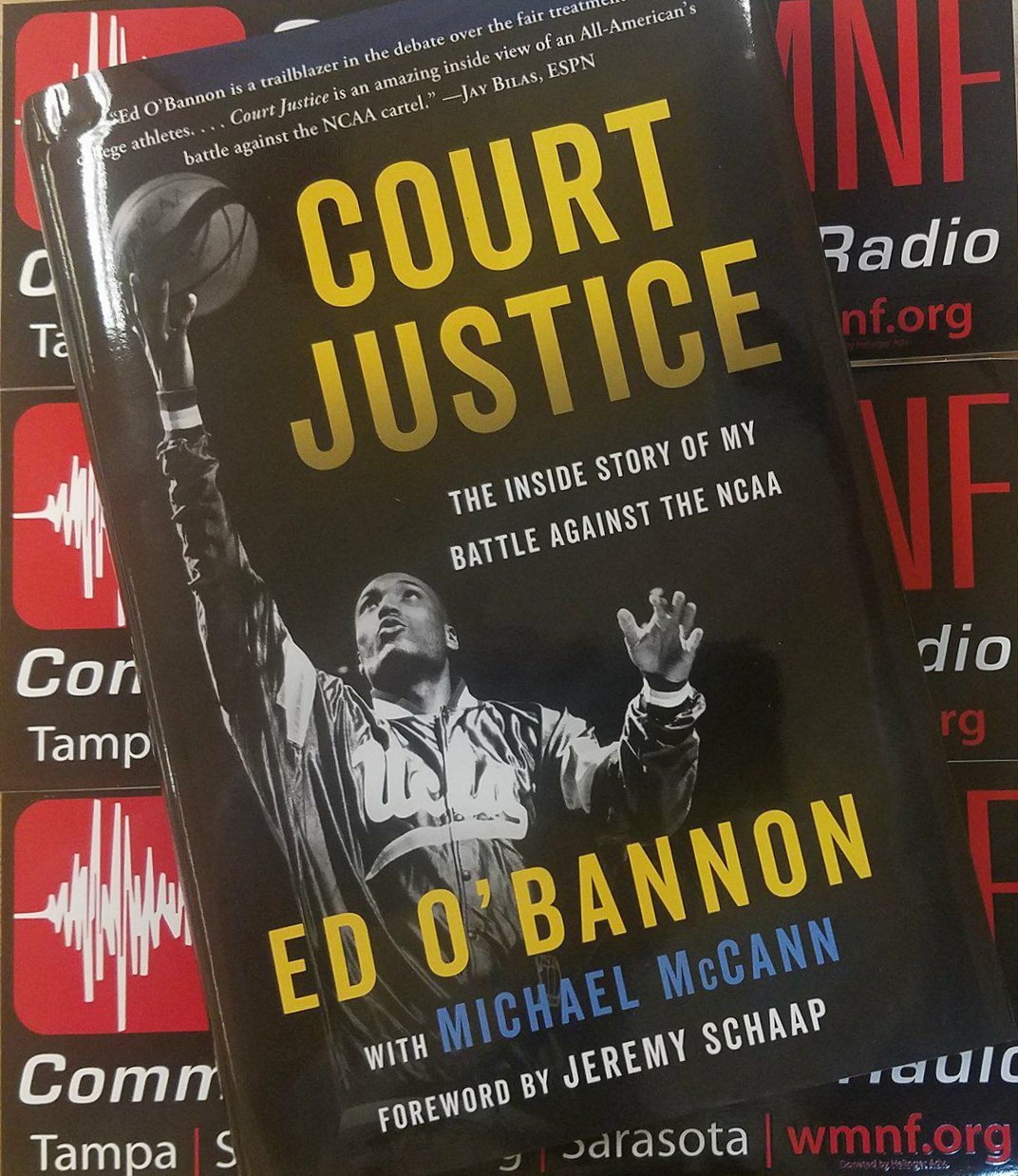 Former college basketball player Ed O’Bannon took on the giant NCAA in court – and won his lawsuit in 2014; O’Bannon wanted athletes to be able to receive compensation for the use of their likenesses in broadcasts and video games to play for real gaming! His lawsuit originally was against both the NCAA and the video game company EA Sports, which made games with realistic depictions of former players, but they took the names off the jerseys.

In 1995 O’Bannon and his UCLA Bruins teammates cut down the nets at the Final Four after winning the NCAA college basketball championship. O’Bannon won national player of the year awards that year as well.

But more than a decade later, in 2009, O’Bannon sued the NCAA and video game company Electronic Arts on behalf of current and former college athletes who receive no compensation when their names, images, and likenesses are sold.

In 2014 a federal judge found that the NCAA was violating federal antitrust law and that was upheld by an appeals court in 2015. The Supreme Court declined to review the case.

His new book about O’Bannon’s victory, called Court Justice The Inside Story of My Battle Against the NCAA, was released this month and is co-written with law professor Michael McCann.

We began the show with a story about what gave O’Bannon the idea to challenge the use of your likeness in the first place – when he saw a video game depicting his UCLA team. There were some familiar faces.

O’Bannon devotes much of the book to poking holes in the NCAA’s story about amateurism in college sports and some contradictions there. O’Bannon calls the concept of the “student athlete,” a myth.

NCAA rules say a scholarship athlete can spend 20 hours on sports. But O’Bannon says he spent much more than that on sports and there was not much time left for  academics.

We often hear the argument: “But the players are being compensated: they’re getting a free education.” So WMNF asked O’Bannon to respond to that in terms of the quality of education he was able to get as a college athlete and the rules for athletes regarding outside compensation compared with somebody on an academic scholarship.

O’Bannon thinks that ideally there would be a national trade association that would bargain on behalf of student athletes for compensation for the use of names, images & likenesses.

The judge agreed with O’Bannon’s argument that the NCAA and its college and conference members act as a cartel that fixes prices in an uncompetitive manner (under the Sherman Act) rather than a free market.

O’Bannon’s wife, Rosa, is an educator. In his book he gives an example of how she realized how the NCAA treats college athletes when she was guidance counselor to an athlete who wanted to go into nursing.

We spoke about examples of NCAA policies.that could be viewed as racist or exploitative.

After the trial the NCAA made a rule that permitted schools to offer the full cost of attendance, up to $5,000 while student is enrolled.

The first one is to empower college athletes to capitalize on their brands.

We also looked at breaking news, such as over the weekend – Arizona head coach Sean Miller was benched after ESPN reported he was heard on an FBI wiretap discussing a $100,000 payment to freshman Deandre Ayton. On Friday AP reported based on documents obtained by Yahoo Sports “a wide range of impermissible payments from agents to at least two dozen players or their relatives.” NCAA President Mark Emmert said these allegations, “if true, point to systematic failures that must be fixed and fixed now if we want college sports in America.”

And maybe the most jaw-dropping headline in a while. Last Thursday Shaun King of The Intercept published a story headlined “The NCAA Says Student-Athletes Shouldn’t Be Paid Because the 13th Amendment Allows Unpaid Prison Labor.”

After O’Bannon was drafted the NBA locked out players and later a new “rookie wage scale” went into effect. He was drafted in the lottery, number nine overall. The previous year’s 9 pick got a $20 million dollar contract, but O’Bannon got $3.9 million over three years. He was in the NBA for parts of three seasons and played professionally for a decade.