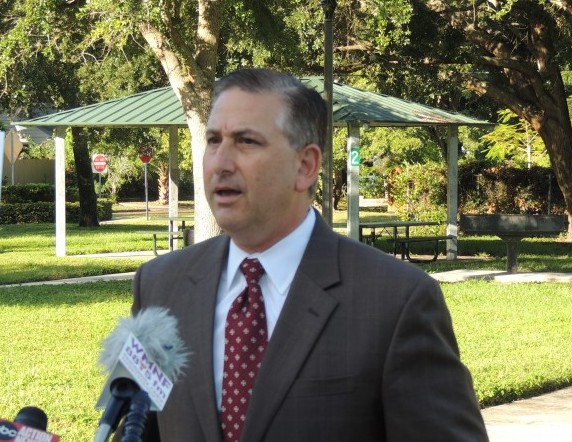 President Obama is heading to Cuba this weekend and he’s not alone; many Tampa Bay area residents, government officials and even the region’s Major League Baseball team are going as well.

St. Petersburg Mayor Rick Kriseman is going back to Cuba and his chief of staff Kevin King says he and two other city employees are too.

Listen to the story here:

King says the St. Pete delegation was invited by the Tampa Bay Rays, who will play an exhibition game against the Cuban national team in Havana next Tuesday. In addition to supporting the Rays and being in Cuba at the same time as President Obama, King says the city is interested in continuing talks with Cuban officials about locating a consulate in St. Petersburg. He points out that Mayor Kriseman’s wife and two kids are also going to Cuba and paying for their own travel expenses, while at least some of the expenses for city staff will be paid by St. Petersburg.

King says there’s a “very diverse group of people from St. Petersburg and Tampa Bay” going to Cuba this weekend because of the “amazing confluence of events” there. Congress member Kathy Castor is going, Eric Lynn, who is a Democrat running for Congress in Pinellas County is going and so are several dozen Rays fans who paid up to $3,500 each through a trip organized by the St. Petersburg Downtown Partnership. Their CEO is Joni James.

James says it would really help St. Petersburg to land a Cuban consulate.

The St. Petersburg Mayor’s Chief of Staff, King, admits the city is being a bit “audacious” by requesting that Cuba locate a consulate in St. Pete. But he says the city has a lot going for it.

“…They’re certainly looking for a ‘friendly’ city. And I think that’s something that has taken Miami off the table in some ways. …”

OK, let’s look at the crystal ball. If Cuba does decide on St. Pete, where would the consulate go?

“We will not be in town [Havana] for the [Rolling] Stones, unfortunately. Although I’m sure he [Mayor Kriseman] would love to.”