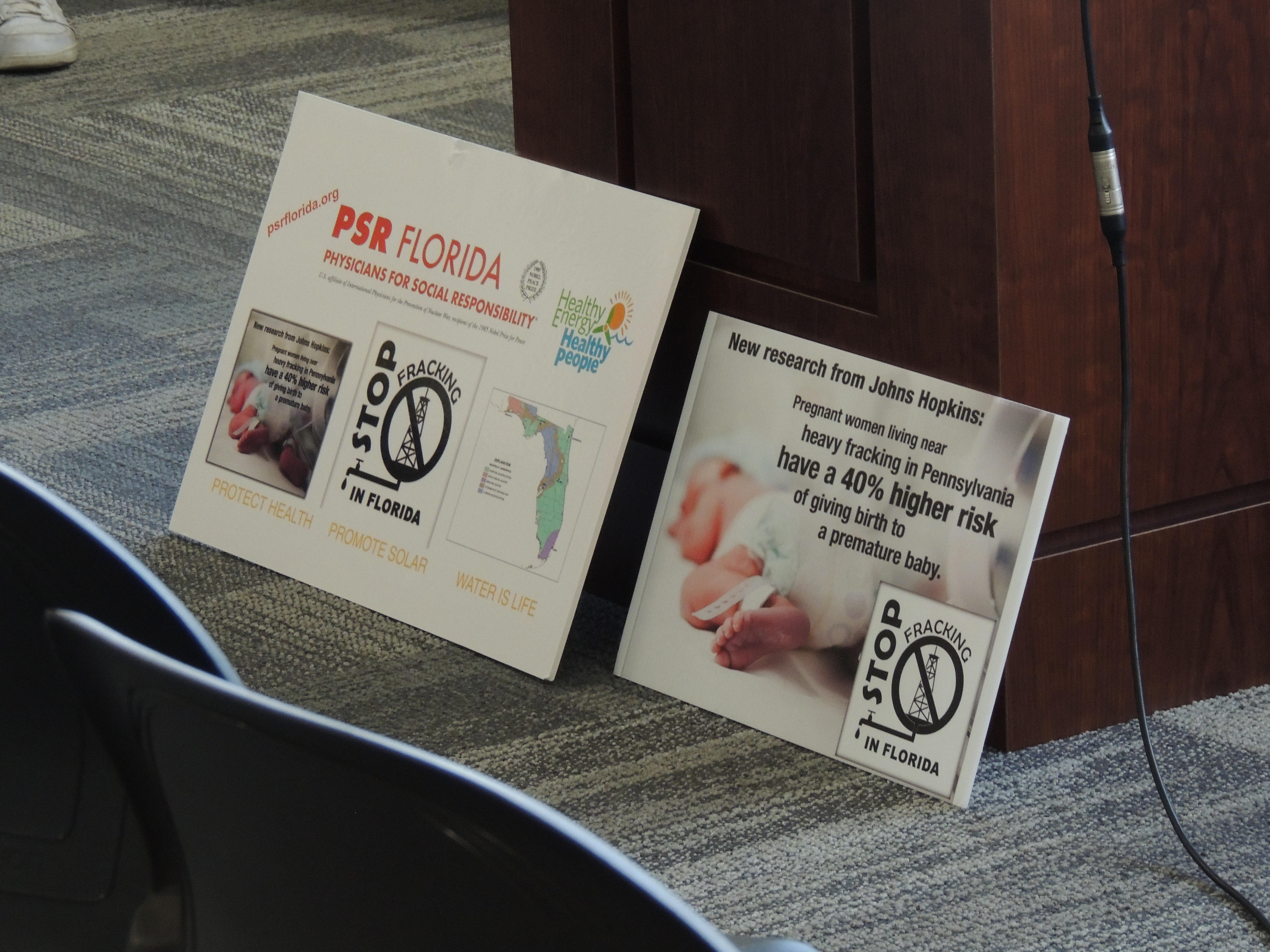 The Mayor of Dade City in Pasco County is asking the Florida Legislature for a statewide fracking ban; in a press conference this morning at City Hall, Mayor Camille Hernandez called on House Speaker Richard Corcoran to help a bill banning the oil and gas drilling technique work its way through his chamber.

“The exploration of oil and natural gas and extraction of natural gas through means of well stimulation is a nuisance and poses a significant environmental threat to all of our residents. After much education, thought, and deliberation, the city of Dade City Commission unanimously voted to ban fracking in Dade City and adopted ordinance #2016-08 in August of 2016.

“The city desires to exercise it’s Home Rule powers and Zoning Authority over Florida Statutes 163 and 166 to prohibit fracking and prevent any damage to our community and protect the health, safety, and welfare of all of our citizens. We believe it’s imperative not only for Dade City, but, for our surrounding communities, in Pasco County as well as throughout the state of Florida.

“We urge Speaker Richard Corcoran to count fracking as one of the major issues that must be addressed this legislative session and consider the lives, the health, safety and welfare of those generations to follow in our footsteps, as they provide for healthy food, clean water, for their families and communities in the years to come.”

Dr. Lynn Ringenberg of Physicians for Social Responsibility says one reason to ban hydraulic fracturing is because because it “can’t be done safely.”

“There is no doubt that fracking is harming health, now, in the country. Those states that are fracking, they’re seeing, you know, minor illnesses like nosebleeds and rashes and respiratory problems to major issues of cardiovascular problems, increase in hospital admissions with patients with heart disease, stroke, respiratory issues, in states that are heavily fracked like Pennsylvania, Texas, and Oklahoma.

“There have been recent studies on women that live–and pregnant women in particular that live–in areas where they have a lot of fracking; that their babies have a 40% chance of being born prematurely. That’s a high number.”