Home Blog Charlottesville Terror: The Rise of the Fascist Right and Why Were Those Confederate Monuments Built? 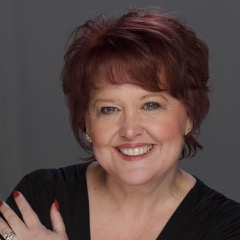 Good morning, welcome to Radioactivity…..I’m Rob Lorei. Coming up— after the terrorist attack on peaceful demonstrators last weekend in Charlottesville—- what’s next? We’ll talk with a futurist and historian about the efforts by far right groups to build a movement.

Our first guest is Sara Robinson a Seattle-based futurist and veteran blogger on culture, politics, and religion.

Since 2006, her work regularly appeared at Orcinus, Our Future, Group News Blog, and Alternet.

She’s written for Salon, Huffington Post, Grist, the New Republic, New York Magazine, Firedoglake, and many other sites.
Robinson holds an MS in Futures Studies from the University of Houston, and a BA in Journalism from the USC Annenberg School of Communication.

She’s written extensively about the potential for the rise of fascism in the U.S. and the politics of the Millenial generation.

Our next guest James Loewen holds a Ph.D. in sociology from Harvard University, and taught race relations for twenty years at the University of Vermont. Prior to that, he taught at Mississippi’s Tougaloo College, a historically Black College. He now lives in Washington, D.C., continuing his research on how Americans remember their past. He is also a regular contributor to the History Channel’s History magazine.

He’s the author of several books including: Lies My Teacher Told Me: Everything Your High School History Textbook Got Wrong (1995) and The Confederate and Neo-Confederate Reader: The “Great Truths” about the “Lost Cause”.

I asked Loewen why most Confederate memorials were built in the period 1890-1940.