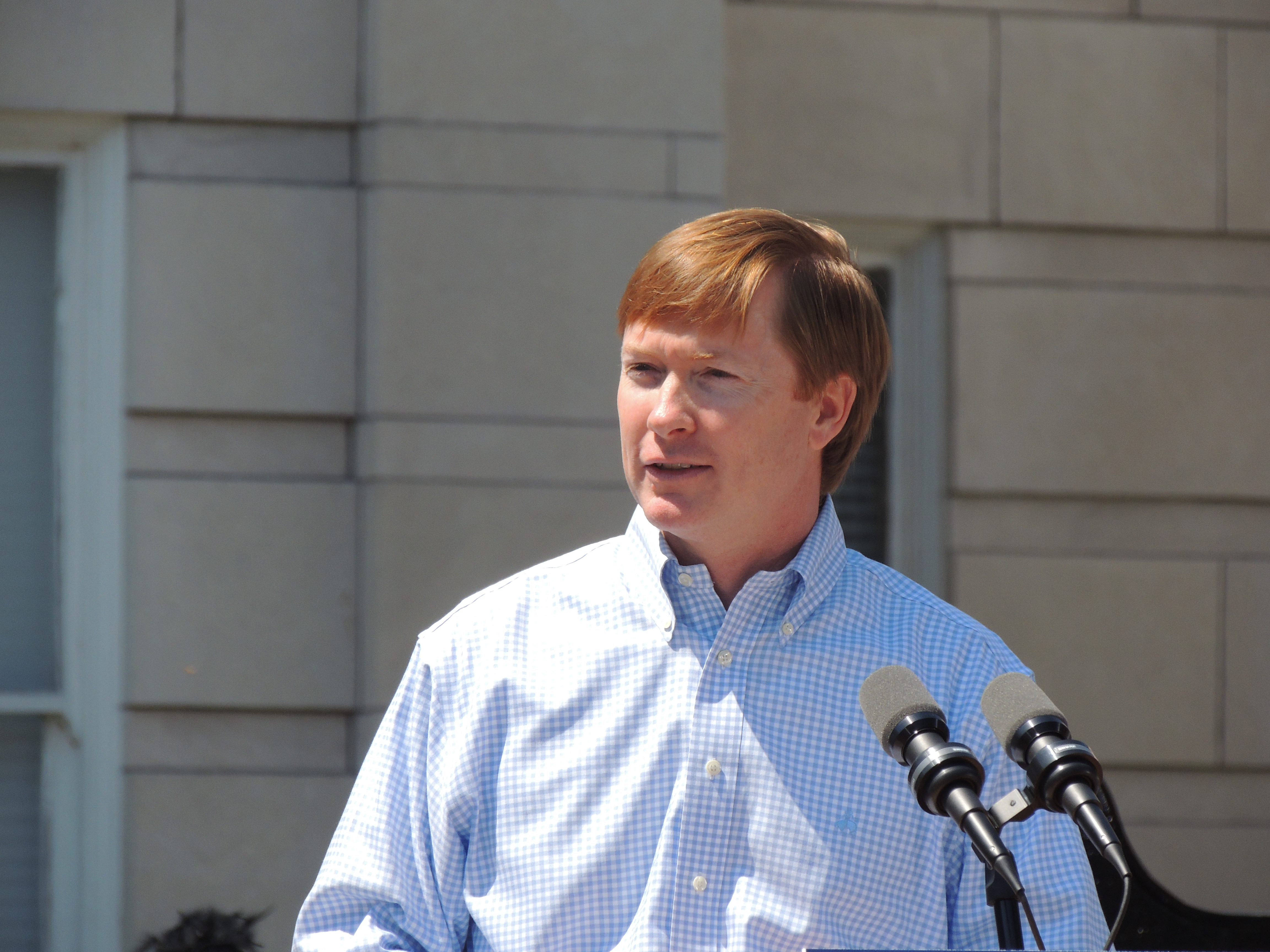 At Bartow courthouse Adam Putnam announces he is running for Florida Governor. By Seán Kinane / WMNF News (10 May 2017).

Agriculture Commissioner Adam Putnam announced Wednesday morning that he’s running for Florida Governor; many people think he has the support to be elected in 2018.

About 1,500 people stood in the sweltering midday heat in front of the historic courthouse in Polk County’s city of Bartow to hear the announcement from the Republican Commissioner of Agriculture and Consumer Services.

Putnam promised to put Florida first and to support police, the military, veterans and the Second Amendment.

“Florida can be the launchpad for the American dream. Florida can be the place where people launch those dreams, prepare for them, raise their families and make the most of the opportunities that we have. Basic government responsibility begins with public safety. Crime in Florida is at a 45-year low, all thanks to the men and women who serve us, protect us, put their lives at risk and uphold law and order. [applause] Our first responders deserve our gratitude, our appreciation, our support and they will have it every day if I am their Governor. [applause]

“I will protect our 2nd Amendment rights; we take those seriously in the state of Florida. [applause] Fighting for faith, for families, for freedom; these things are non-negotiable. We have a moral obligation to defend to life, a duty to protect our constitutional freedoms, and a responsibility to keep our borders, our cities, and our neighborhoods safe and secure.” [applause]

Right after Putnam’s announcement, WMNF News asked him what the Florida governor’s role should be in curbing emissions of the main gas causing climate change. But Putnam deflected the problem to the federal government.

Here’s the first half of the announcement speech:

Here’s the second half: